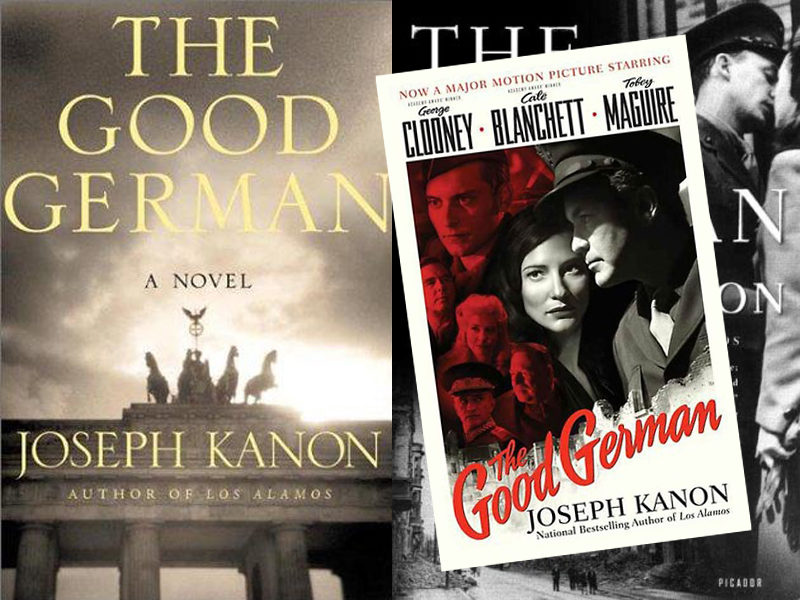 I have been reading a lot recently.

I feel like my kindle fire has become an extension of my arm. I walked all the way home yesterday reading (and that’s a good 4 to 5 blocks).

Sometimes, when reviewing novels, I feel like a broken record. Every Gaby’s Book Club post ends with a, “this is a must read”! However, I think I may have changed my tune with this one.

While, I couldn’t put The Good German down, I also remained confused throughout the majority of the novel.

Lets start from the beginning; yes it focuses on World War II (by now you should just assume that already). However, unlike the other novels, it takes place after the war ends in Berlin. Our protagonist, Jake, is an army reporter. We follow him as he tries to solve a mystery and pick up an old romance.

Here’s my issue. There are too many periphery army characters that come in and out of the plot at various times. Perhaps it’s just me and my memory, but it’s hard to follow.

Also, the love story, while at times sweet, is between Jake and a married woman (don’t worry this is not a spoiler).

It’s hard to sympathize with an adulterer.

I found it even harder to do after I watched Kate and Leo in Titanic (twice).

No love story compares to that.

The Good German really picked up in the end as the author started to answer some of the many questions left up in the air. I also found it interesting to see the war from a German’s perspective.

How do we know who’s culpable and who’s not?

Lastly, having visited Berlin myself, it was fun to recognize names and landmarks while reading. Although, hearing about the devastation, and loss of culture (see previous book review) was quite disturbing.

I’m not going to tell you to run out and read this book but I also can’t tell you that I strongly dislike it.

If you like World War II fiction, or if you’ve visited Berlin, perhaps this novel is worth a try.